Skip to content
Stewart-Haas Racing remains closed to visitors. Due to COVID-19, orders may experience shipping delays; thanks for your understanding & support!
Few Left

**THIS IS A PRE-ORDER ITEM.

** THIS IS A SPECIAL EVENT ITEM.

**THIS ITEM IS ESTIMATED TO SHIP IN OCTOBER/NOVEMBER 2021. ANY REGULAR ITEMS ORDERED WITH PRE-ORDER ITEMS WILL BE SHIPPED SEPARATELY AT THE TIME THE ORDER IS PLACED.

**WE DO NOT ACCEPT RETURNS ON THIS PRODUCT.

Rush Truck Centers, the largest network of heavy- and medium-duty truck dealerships in North America, has been a longstanding partner of the Stewart-Haas Racing team.
That partnership continues in 2021 as Chase Briscoe battles for checkered flags in the team’s No. 14 Ford Mustang.

Briscoe will wheel the Rush Truck Centers-backed ride in the April NASCAR Cup Series(TM) race at Talladega Superspeedway as well as in multiple other events during season.

Now the official Lionel Racing die-cast of Briscoe’s No. 14 Rush Truck Centers Ford Mustang is available to order. Each 1:24-scale replica is available in two different trim levels – an Action Racing Collectables (ARC) hood-open model and also a fully die-cast ELITE version that is built with an opening hood and trunk. Each die-cast also features realistic details like rolling Goodyear tires, hand-applied decals, a driver side window net, and more.

This die-cast will be produced as part of a strictly limited edition, so order yours today! 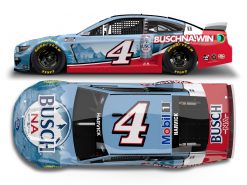 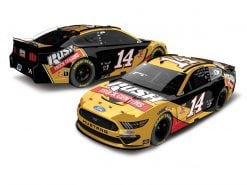 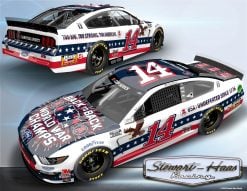 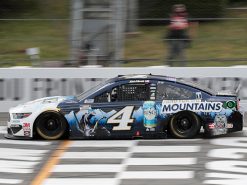 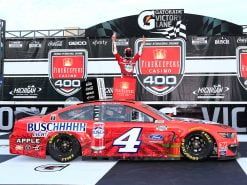 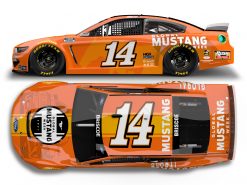 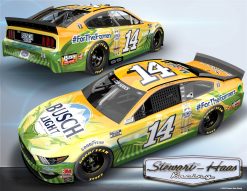